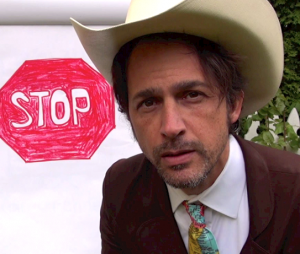 I’m not a “professional” videographer, but I’ve made over 100 travel videos, most as part of the 76-Second Travel Show series or my new show The Right Pants. These are DIY, one-guy affairs, using hand-held cams, a box of crayons to make graphs and using iMovie to put it altogether.

I like a lot of them. Others seem to too. I’ve spoken on video at TBEX and the New York Times Travel Show. The New York Times called said my “quick, low production value videos” have the “right attitude.” Deliciously Saskatoon TV called my “rhapsody” video made for their city as “pretty catchy.” And later I contributed to this  series of videos on seeing Canada “like a local” where I got to do things like host bagel festivals and play hockey with 12-year-olds.

You can see all my videos on YouTube, and I’ve put a handful of my favorites below.

I got to train with the Royal Canadian Mounted Police for a couple days in Regina, Saskatchewan. And learned I’m probably not “Mountie” material.

Singer/fencer/writer/pilot, Bruce Dickinson breaks from a Maiden tour to fly Iceland Express to Iceland. I joined him.

The Falls itself can feel like a tourist trap. The key to making it pay off is the FORTS.

Why travel if it can’t answer key questions like who would have won the ultimate showdown of history: pirates or Vikings?

The best way to remember Lou Reed is making one. For travel.

Everyone likes getting local tips. But what if locals gave lyrics?

The city didn’t throw a party for the Manhattan, so I did.

I grew up in Oklahoma and never knew about this African-American town, or centuries-old rodeo tradition.

Who does Rip Van Winkle think he is?

The literary underachiever picked one of the East Coast’s most beautiful spots to sleep for two decades.

How do Civil War reenactors “die”?

I ask the rebs at Gettysburg to find out. And still don’t know.